Raymond Hilu, possessing a degree in medicine and surgery, is specialised in cellular medicine and has been trained with various health-related disciplines: Nutrition in England, embryo implants and stem cell surgery at the University of Viena (Austria), cellular microscopy and clinics in EEUU England and Holland, Podiatry (subspecialty in foot surgery) in Monterrey-Mexico. He was the only scientific collaborator trained by Dr Johanna  Bu 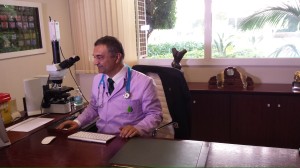 dwig nominated 7 times for a Nobel Prize for her work and contribution for research carried out on fatty acids (she was the one that began classifying fatty acids in olive oil and other foods. After Dr Johanna Budwig passed away, Dr Raymond Hilu, her only intellectual heir, continued her work by developing and expanding the initial investigation done by Dr Budwig, turning into the biggest worldwide reference regarding fatty acids.  Besides obtaining various awards for his research, he instructed various doctors and scientists in the fatty acids in the mediterranean diet field and on clinical nutrition.

Dr Hilu collaborates with various laboratories around different countries where he keeps developing work on his investigations in the fatty acid field as well as health and orthomolecular supplementation.  Co-owner and Director of “Consulta Dr Raymond Hilu” and other medical centers in Barcelona Marbella (Malaga).  He can also be found in London (England), Novara (Italy), Helsinki (Denmark), Caracas (Venezuela), Monterrey (Mexico) and Florida (USA).

Dr Hilu has managed to create the only protocols used to treat Lyme disease (Borreliosis) and has performed clinical testing on treatments intended for Fibromyalgia, Multiple Sclerosis, Autism and Chronic Fatigue Syndrome.  Currently he is involved in a study that applies nanotechnology in degenerative diseases.

Apart from training and teaching many physicians throughout the world, he has taught anatomy and physiology for 6 years. He has received awards from the Mexican Academy of Medicine (Sodi Pallarés award) and the Club de Medios in Madrid (Media and Communications Club). He has also been invited to speak at prestigious international congresses.

This site uses cookies to provide you with a more responsive and personalised service.

By using this site you agree to our use of cookies. Please read our cookie notice for more information on the cookies we use and how to delete or block them.